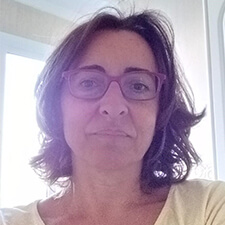 Isabel Pérez González holds a BA in English Language and Literature (Filología Inglesa) and a PGEC. Has a long experience as an English teacher first at secondary schools and then at official schools of languages. Currently teaches English at Estepa Official School of Languages and also coordinates the Equality Scheme at the school.  Has undertaken management positions at different schools like Head of English Department in two different schools and Head of out-of-school activities. Has received training in the field of new technologies through The European program (Grundvigt) by attending a course in Cambridge called Using New Technology in the Classroom.